Anil Kapoor Considered to be a lively actor of Bollywood, perhaps this is the reason why he beats his age and gives competition to the youth. The actor, who has given many memorable films like ‘Tezaab’, ‘Ram Lakhan’ to English cinema, has shared a throwback picture of himself on social media. Along with the actor in this picture, there are some other actors as well. Sharing the picture, asked to tell their names, then along with the fans, brothers Sanjay Kapoor and Farah Khan tried but failed to name everyone.

Anil Kapoor has shared a black and white old picture on Instagram. Anil challenged by sharing this picture that ‘I like this picture, tell the names of the rest of the actors’. Accepting this challenge of the actor, the fans started guessing, someone wrote ‘One bad man, the other Ranjit, the third does not understand’, then one wrote in a funny way ‘Hey Google and tell sir’. A fan was so baffled that he started saying ‘what is this affair brother’. 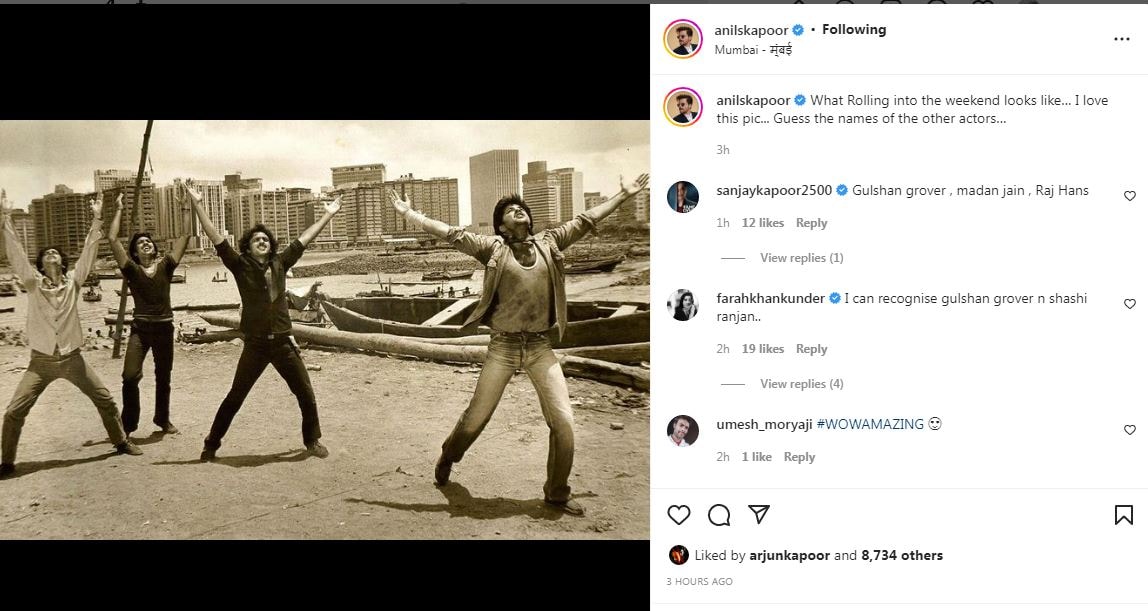 Sanjay Kapoor-Farah Khan also baffled
In such a situation, brother and Bollywood actor Sanjay Kapoor came forward on this challenge of Anil Kapoor. Sanjay wrote ‘Gulshan Grover, Madan Jain and Raj Hans’, then Anil Kapoor termed him wrong and said that ‘not a flamingo’. It means Gulshan Grover and Madan Jain. After this came the turn of famous choreographer Farah Khan. Farah also guessed and wrote ‘I can recognize Gulshan Grover and Shashi Ranjan’ then Anil said ‘Farah this is not Shashi Ranjan’ 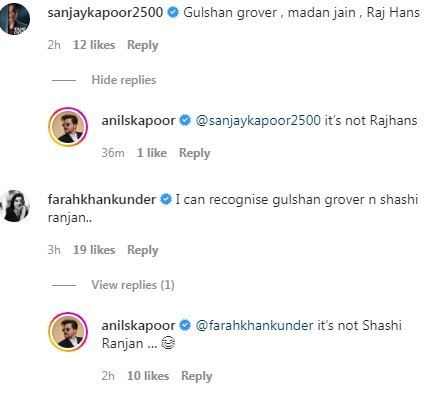 However, the fans are constantly trying to identify the third actor, you should also do it. Fans are praising Anil Kapoor fiercely.

Anil Kapoor is eagerly preparing to become a maternal grandfather these days. Talking about his work front, the actor was seen in the film ‘Jug Jug Jio’ with Neetu Kapoor, Varun Dhawan and Kiara Advani. Apart from this, ‘Animal’, ‘Fighter’ and ‘No Entry’ will be seen in the sequel.