Pranitha Subhash She is a Telugu actress and for the past several days she is being trolled for a picture. Pranitha has shared some pictures on social media while worshiping her husband Nitin Raju. After seeing these pictures, some people are praising the actress and some people are criticizing her. Responding to the trollers, Pranitha has said that everything has two sides and I am a girl who believes in customs. 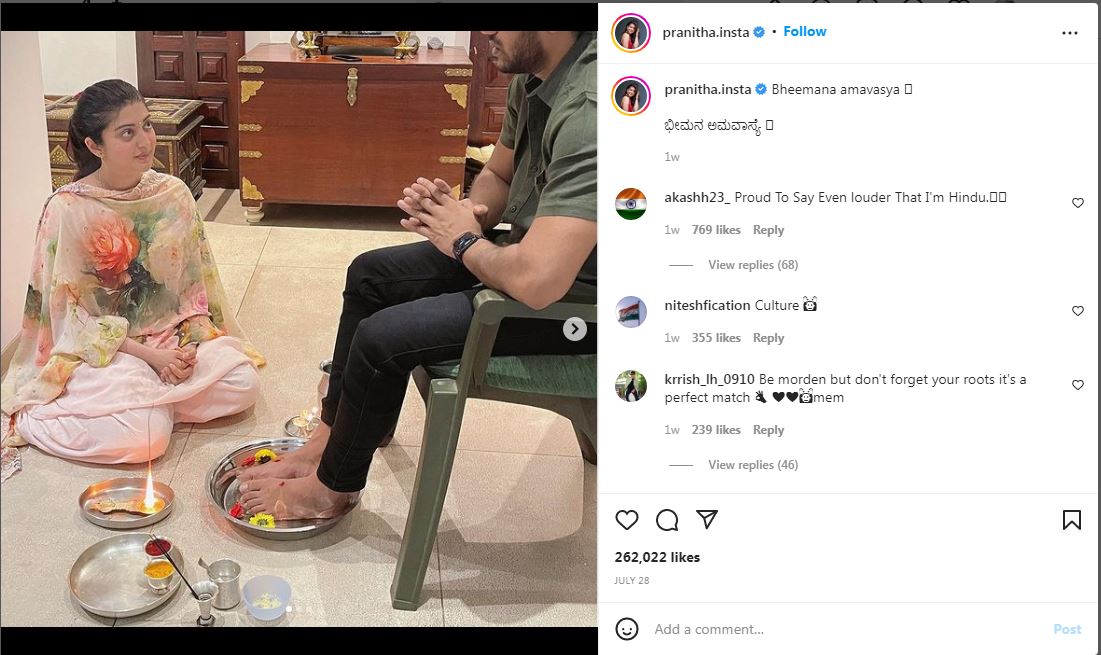 Users are saying such things for Pranitha Subhash
There are mixed reactions on this picture. Someone wrote that ‘respect you for following Hinduism’, then someone wrote ‘Be modern but don’t forget your roots’. So there was one written ‘why only wives have to perform rituals every time, why not husbands’. One wrote, ‘What is happening and whose feet are on the plate, then one has told ‘slave culture’.

Pranitha Subhash replied
According to religious belief, on the day of Bhimana Amavasya, women worship their husbands and other men of the house, praying for their long life and observe a fast. Pranitha did too and started getting trolled. After this controversy, in an interview given to ETimes, the actress said that ‘I am an actor and this field is known for glamor, it does not mean that I do not follow customs. Along with trolls, people are also supporting me. Everything in life has two sides. 90 percent of the people have spoken well in this matter, I ignore the rest. Last year also when I was newly married, I followed this custom.

Also read – This famous actress of South cinema worshiped her husband by sitting on the ground, then she became a troll

Pranitha calls herself traditional
The actress says that ‘I am a traditional girl and believe in things related to family values, customs, Sanatan Dharma is very beautiful and I am a believer’.